Aurélienne Night "The Circle of Whitechapel"

Production: Pascal Legros production with the silver fox and Lucernaire

But who is Jack the Ripper? A captivating adventure until the last second!

1888, London. As a strange spate of prostitute murders has just begun in the inner city of Whitechapel, a prominent member of the London gentry, Sir Herbert Greville, decides to assemble a team of investigators of a new kind to uncover the truth.

When an Agatha Christie intrigue meets CSI! Combining laughter with suspense, a police investigation that launches Conan Doyle, Bram Stocker or Bernard Shaw in the footsteps of Jack the Ripper in the atmosphere of London in 1888. A captivating adventure until the last second

“Run to see this show. He is devilishly British and delectable! » TELERAMA 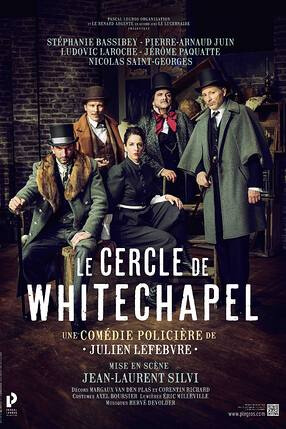 Back to calendar
the
tuesday
14
february
culturel